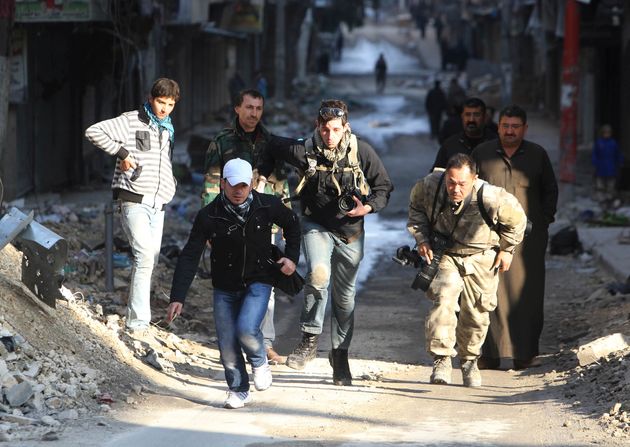 Two UK academics are due to speak at an event to discuss whether British journalists reporting from opposition-held areas in Syria should be prosecuted under the UK Terrorism Act.

They will be speaking alongside, among others, a man who has described the Sandy Hook massacre as a “mass shooting hoax”.

According to the event’s website a panel of experts will discuss how media organisations “embed its journalists directly with terrorist forces” and “disseminate material directly from terrorist sources”.

It adds: “The question therefore arises, by aligning itself to terrorist organisations, by gaining entry into sovereign nations by way of these forces and by reporting their line while misleading the general public that they are merely ‘Activists’ or ‘Opposition forces’, has the mainstream print and broadcast media acted in contravention of the UK Terrorism Act?”

In particular, the panel will discuss a 2016 Channel 4 News report, Up Close With The Rebels, which featured Krishnan Guru-Murthy reporting on the Islamist group Nour Al Zenki, and the BBC’s coverage of the Libyan war in 2011.

The event listing also refers to the White Helmets, an organisation that rescues people from the rubble of regime and Russian airstrikes and the subject of an Oscar-winning documentary, as a “terrorist source”.

According to Reporters Without Borders, Syria is “one of the world’s deadliest countries for journalists” and more than 200 have been killed since the beginning of the popular uprising in 2011.

The charity says reporters risking their lives to cover opposition-held areas “are victims of violence by all parties: the Syrian military and its allies; the various armed opposition groups including the Islamic State and Hayat Tahrir al Sham; the Kurdish forces; and more recently the Turkish incursion into Afrin in early 2018”.

The British photographer John Cantlie was kidnapped by Islamic State in Syria in 2012 and his whereabouts and condition remain unknown. The Sunday Times correspondent, Marie Colvin, was killed by a rocket attack in Homs in 2012. Recent court documents allege she was “assassinated” by Assad’s forces. 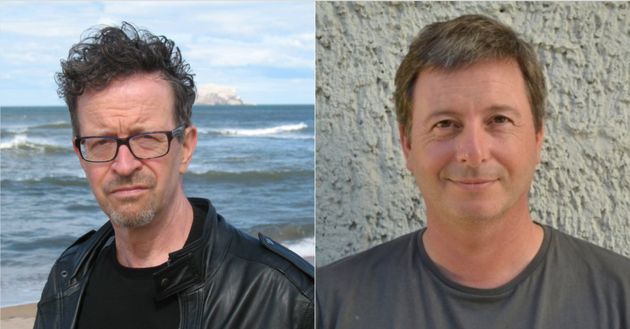 Professors Robinson and Hayward are listed to share a stage with Patrick Henningsen, billed as an “independent journalist, broadcaster and radio show host” who “often calls into question, or directly disproves, the narrative of the mainstream media pundits”.

The American is the founder of 21st Century Wire, a website that has suggested the Sandy Hook massacre in which 20 children were shot dead, was a “scripted event”, there is “no evidence” a plane hit the Pentagon on 9/11 and that photos of the moon landings weren’t taken on the moon.

#Moon Landings: The Problem With ‘Those Photos’ http://t.co/J3zbNjdEkh@21WIRE@BrasscheckTV#NASA

Other speakers are listed to include:

Hayward and Robinson are two members of the Working Group on Syria, Propaganda and Media (WG) which has been set up by a number of left-wing professors to examine the “role of both media and propaganda” and provide “reliable, informed and timely analysis for journalists, publics and policymakers”.

Although in its infancy, the group’s published material as well as public posts by its members have already drawn accusations of “wilfully ignoring the depravity of the [Assad] regime”.

He suggested the programme had “hastily” withdrawn the video because “ordinary observant members of the public apparently knew, or cared, more about the [armed group] they were working with than its own news team did”.

But a spokesperson for Channel 4 News told HuffPost UK: “Because of safety concerns for somebody involved in the filming of the piece, we took it off our website a few days later.

“We stand by the journalism in the report.”

The University of Edinburgh told HuffPost UK: “The University would not seek to limit the freedom of its members, as employees or in a personal capacity, to express their views within the law.”